The ghost of Liberal Democrat News

Does anyone at Liberal Democrat HQ ever check the party’s website? Obviously they do, as last week all references to Lord Rennard had been swiftly removed from the website’s list of party peers. But such diligence is not applied consistently.

It is now over three months since the demise of the party’s official weekly newspaper Liberal Democrat News and its replacement by the monthly magazine Ad Lib. Despite this, the party’s website is still soliciting subscriptions for the defunct newspaper. 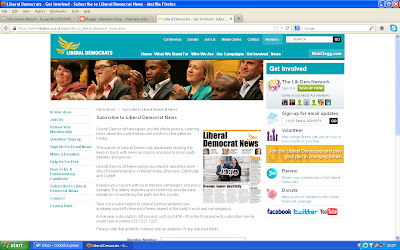