It is with great sadness that we share news of the passing of our friend Ralph Bancroft: head of the Liberal Whips' office during the Lib-Lab Pact, member of staff for the party in local government for many years, member of the Liberator Collective and Liberal Revue team, for many years compère of the Glee Club and above all an instinctive Liberal.  Ralph was in his mid-sixties.
Based in Harrow for many years, Ralph was a Young Liberal and went to Sussex University before being employed in Parliament, in the heady days of there being 14 Liberal MPs.  He rose to work in the Whips' Office during the 1977-8 Lib-Lab Pact.  He subsequently used his considerable political acumen to advise Liberals and Liberal Democrats in council administrations, and was particularly proud to become Head of Office of Andrew Wiseman's administration in Harrow in the 1990s.  Ralph was also a champion on online engagement and of the cix online conferencing system that was an integral part of party activity at that time.
Together with his good friend the late Liz Rorison, Ralph and his ever-present pipe were also for many years the linchpin of the Glee Club as it transformed from an informal gathering around a hotel piano to the unique event it is today.  He also appeared in many memorable sketches at the Liberal Revue.
In recent years Ralph had suffered from ill health and in particular severe visual impairment.  Friends and colleagues had asked: 'How is Ralph?'.  The answer was that he was spending time listening to Radio 4 and keeping pace with current events.  Thanks to Liberator colleague John Bryant, Ralph had been able to join Liberator Collective members from time to time at social events and relished talking about politics with friends over a pint of ale.  The most recent occasion was barely a fortnight ago.
Funeral arrangments will be advised later by the family. 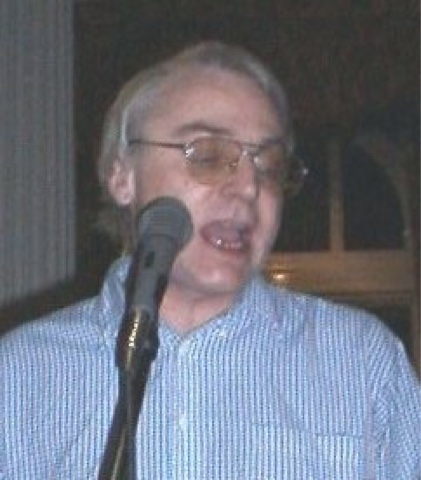