A headline from a 1922 edition of the New York Times returned to prominence:

Three Englishmen Saved from Boiling Pot By Cannibal Chief, Who Was Friend at Oxford

At dinner one evening Lord Bonkers commented to me:


That is the great thing about public school and varsity: your friends will help you out in later life if you find yourself in hot water.

Incidentally, too much is made of cannibalism in the South Pacific. In my experience of those lovely islands, it was rare.

The same, unfortunately, cannot be said of the Upper Welland Valley.

That same month, Lord Bonkers took up his new role as the Liberal Democrats' new pastoral care officer. He wrote:


Reading from my early volume Frank Chats for Young Canvassers, I say: “Now that you are growing up, I expect you find yourselves doing things like cutting out photographs of Megan Lloyd George from the News Chronicle.

Let me reassure you: there is nothing wrong with such feelings. However, it is important that we do not allow them to get in the way of our Liberal activism. So rise early, take a cold tub, exercise with Indian clubs and then, if you still find yourself troubled by impure thoughts, ask your branch secretary for an extra Focus round to deliver. I assure you that, after that, you will have no energy left for beastliness of any sort.”

His lordship acquired a new heroine:


At a reception this evening I find myself talking to a charming lady by the name of Miriam-Gonzalez-Durantez. She turns out to have trenchant views on the public schools. “Some people from some of these top schools are fantastic but there are lots of people from these top schools who are unimpressive,” she tells me. “Quite right, my dear,” I reply. She goes on: "I know far too many that come out of there without speaking a single foreign language."

As I am observing that speaking a lot of languages isn’t everything and pointing to that fellow Clegg as a case in point, she suddenly recognises an old friend on the other side of the room and disappears from view. Nevertheless, I am convinced she is Sound. Why does one never hear her spoken of as a future leader of the Liberal Democrats?

The mysterious disappearance of a Malaysian jet put Lord Bonkers in mind of an incident from the 1920s:


One bright April morning the 11:15 for Northampton Castle left Nottingham London Road Lower Level as usual, but it never reached its destination. It was seen to call at Melton Mowbray North, and there were unconfirmed reports of it reaching Clipston and Oxendon, but one thing is sure: it never arrived in Northampton.

Despite Lord Bonkers' best efforts, the Liberal Democrats fared badly in the month's European elections. He is pictured here, during the campaign, with our East Midlands candidates Phil Knowles and George Smid: 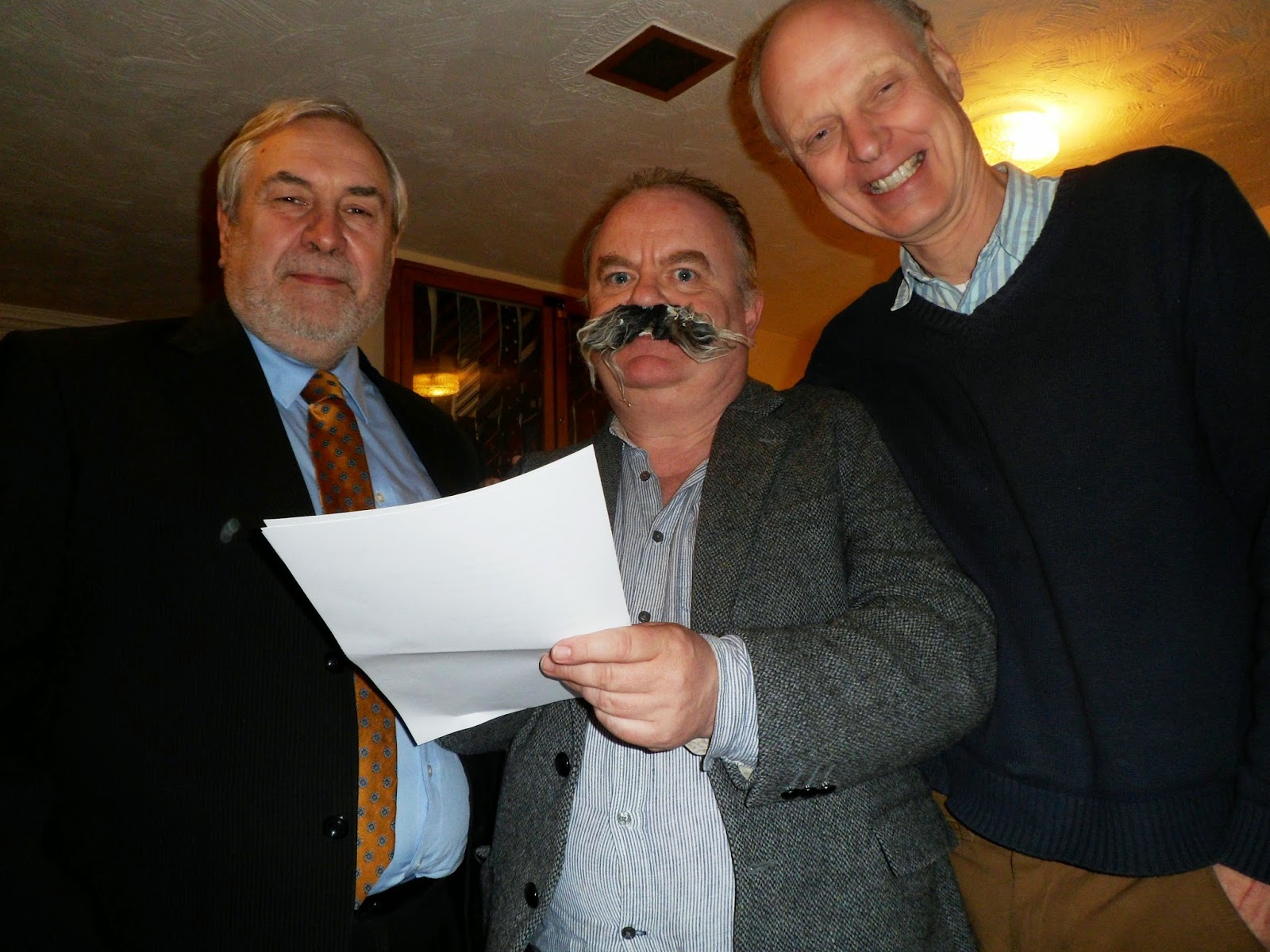 Later that month Lord Bonkers gave his recollection of the death of T.E. Lawrence:


It later transpired that he died in a motorcycle accident after, uncharacteristically, swerving to avoid two schoolboys.


“We’ve been told to organise a press event in a pub this morning so that Mr Clegg and Vince Cable can have a drink together and show they are really best friends despite what everyone says,” they explain. “But the trouble is, we don’t know how to do it.” “Why ever not?” I ask. “Because we are too young to go into pubs.”

And he met them again a couple of month later:


They are taking turns with a bicycle pump, attempting to get some air into a large balloon that has had a collection of bristles stuck on it. “Whatever is that, you two?” I ask. “It’s an inflatable Julian Huppert,” they explain.

Events in Cardiff attracted the old brute's attention this month:


I am delighted to read that the Welsh Liberal Democrats are proposing to abolish the trolls on the Severn Bridge. For many years I have been urging just this move upon them, but without any joy. “The time is not right,” said Mike German. “There are other priorities,” said Kirsty Williams. “Wibble, wibble: are both those feet mine?” said Lembit Opik.

We were treated to some memories of the glory days of Oakham Studios:


I helped win a contract from the Association of Liberal Councillors to make a number of training films. More than one prominent member of our party learnt electioneering from watching ‘Confessions from a Committee Room.’ ‘Confessions of a Canvasser’ and ‘Confessions of a Knocker Up’.

And Lord Bonkers also offered some thoughts on (I think) the fall of Alastair Cook:

One has to be prepared to act decisively. For a leader who impressed people only a few years ago may no longer cut the mustard today.

Finally, he has asked me to assure you that there is no truth to the absurd rumours currently circulating about the financial position of the Bonkers Hall Estate.

Posted by Jonathan Calder at 22:12 No comments:

Due to circumstances beyond our control, the Liberator website has gone down and will take some time to recover.
Meanwhile please redirect your browsers to our current home at http://liberatormagazine.org.uk/en/.
Posted by Gareth Epps at 09:20 No comments: