As they year draws to its close, it is time to look back in Lord Bonkers' adventures in 2013.

In the February issue of Liberator, his lordship reported his experience of taking part in Call Clegg on LBC:


PRESENTER: Our next call is, er, Lord from Rutland.

ME: What this I hear about you supporting secret courts, man? Have you taken leave of your senses? What the devil is behind this ridiculous idea?

CLEGG: I can’t tell you that.

By the time of the April issue, an archaeological dig was taking place in the car park of the Bonkers' Arms:


"Having seen how well Leicester is doing out of Richard III, I have decided that we need to find a body of a king here in Rutland too ... I am saddened by this lack of progress, and a complicating factor is that we have to have everything put back by Friday because that is the day the Smithson & Greaves lorry comes. If it cannot make its deliveries, we shall all be reduced to drinking the dreadful gassy Dahrendorf lager."

In May there was a Liberator's blog exclusive as Jo Swinson visited the Hall. As the boys had gone off to try the vaulting horse they had just made, she addressed the girls:


I have to report that I am somewhat surprised by Jo’s approach. “Blimey,” she says to one girl, “you’ve been stirred in the ugly wok, haven’t you?” before describing another as “a bit of a munter”. Others are dismissed as “mingers”, “butters” and “complete double-baggers”.

One wonders whether this is quite the way to attract the fairer sex into politics. I suspect the first Lady Bonkers would have clocked Jo one if she had addressed her like that.


I tell them of Bonham-Carter’s early struggles and patronage of Barbara Windsor (the black sheep of the royal family and, when they first met, a promising bantamweight) and take them for a drink at the Lame Deliverer – the very pub where Violent is said to have done away with the biscuit magnate Jack “The Hat” McVitie.

The landlord, who witnessed this notorious incident whilst enjoying a ginger beer in short trousers, is quick to point out that McVitie was widely thought to be “getting lairy” and to be “well out of order” – it was, after all, Violent’s manor. Whatever the rights and wrongs of the affair, a good time is had by all and I depart for St Pancras with enough in tips to keep me in Auld Johnston for another year.

A month later and Lord Bonkers was posting a video of the Dalai Lama's monk blessing the turf at Lord's:


I generally ask the Elves of Rockingham Forest to do this here at the Hall. I forgot to pay them one year and it turned square before lunch on the first day.

In August he gave someone asylum:


Meadowcroft finds a youth, dishevelled and wet through, sleeping in his potting shed and hales him before me for judgment.

“Please don’t send me back,” sobs the accused, “I have escaped from the Liberal Youth Activate weekend. I thought it would be fun, but all we got was endless canvassing drill and lectures on the perils of self-abuse.”

I give him a hot bath, square meal, suit of clothes and ten bob for the train, but am left troubled. “What has happened to the Spirit of Liberalism, which was first brought to these shores by Joseph of Arimathea?” I ask.

A month later I made an exciting discovery: Earl Russell really did have a big band.

There is no denying it: the Scots have a way with a lyric.

In September Sir Alan Beith made an important discovery:


“Good heavens man! You’ve found the spirit of Liberalism. I shall have it cleaned and polished at once.”

“I expect you will give it to Clegg when you have done that.”

I consider Beith for a moment and then reply: “No, old fellow. I think you had better look after it.”

Which book should ambitious young Liberal Democrats read? In November Lord Bonkers recommended  A Fortunate Life: The Autobiography of Paddy Ashdown - "which is by Paddy Ashdown, incidentally".


I know of no book that sets out half so clearly what is needed to win an election campaign. I don’t mean the chapter on "The Winning of Yeovil" that was made available free on the electric internet recently, excellent though it is In Its Way: no, I am thinking about the section on jungle warfare in Sarawak where Ashplant explains how to mount patrols, the best way to lay an ambush and how to treat an open wound using red ants. It was no surprise to me when, armed with this knowledge, we took control of South Somerset District Council.

Also late in the year, Lord Bonkers recounted his meetings with great philosophers, while I made an important archaeological discovery that casts light on his ancestry. 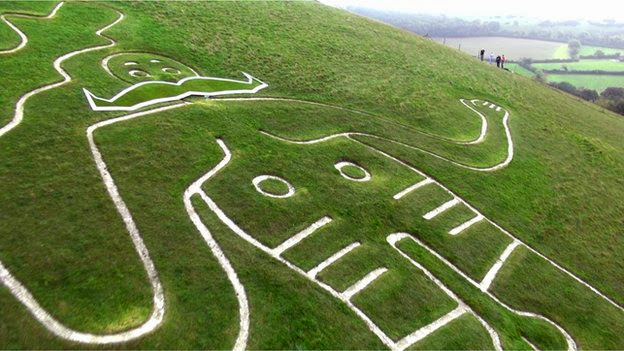 Posted by Jonathan Calder at 20:42