The Crazy World of Jeremy Browne

Having lost his ministerial job in last week’s reshuffle, Jeremy Browne was interviewed in Friday’s Times (£) – and it’s not a pretty sight.

What’s that? You won’t pay to enter the Times’s firewall? Quite right, so a copy of the story is provided at the end of this blog post. There are also summaries of the Times’s story in the Guardian, on Liberal Democrat Voice and at Politics.co.uk.

The interview has fuelled speculation that Browne will eventually defect to the Tories, which his half-hearted denials do not entirely dispel.

Meanwhile in the Liberal Democrat blogosphere, Browne’s comments have earned a universal raspberry:
What has earned all this hostility? There is much in both the content and tone of the interview that has caused offence, but the essential problem is Browne’s apparent inability to distinguish between government and party.


Mr Clegg told delegates in Glasgow last month that he “hadn’t said enough” about what “Britain would look like today if the Tories had been alone in Whitehall for the last three years”.

By contrast Mr Browne urges his party to take responsibility, and credit, for the Government’s “central pillars”, including reducing the deficit, curbing immigration and crime and education reforms.

But the Browne quotation that will doubtless attract the most criticism from within the Liberal Democrats is this:


Comparing his party to a shopping trolley that “left to its own devices defaults to the left and to being the party of protest”, he says that he became exposed after years of trying to exert “corrective pressure”.

“I saw my role, and continue to do so, as doing everything I can to accelerate the Lib Dems’ journey from a party of protest to a party of government.”

This ‘party of protest’ thing is a tired old trope, already worn out by Nick Clegg over the past year. It is simply untrue that the party had no interest in power before the 2010 general election. This falsehood is linked to the suggestion that anyone in the Liberal Democrats who is critical of the coalition government is necessarily against being in power at all. Strangely, both Browne and Clegg never seem able to cite any specific examples of these power-averse party members, which suggests such members are straw men.

If there is one thing that unites Liberals from left to right, it is support for civil liberties. Yet Browne seems to have a tin ear for this issue, so his move from the Foreign Office to the Home Office last year left him vulnerable.

His weakness on civil liberties was exposed at the end of July, when the Home Office sent advertising vans round several London boroughs advising illegal immigrants to turn themselves in. A few days later, it was revealed that the UK Borders Agency had been hanging out at Kensal Green tube station in London, randomly stopping non-white people supposedly in an effort to catch illegal immigrants.

Browne had not been consulted about these measures so could not be blamed for them. But once he had heard about them, he should have been quick off the mark. As Jonathan Calder and Caron Lindsay pointed out at the time, the silence was deafening. It is a poor state of affairs when Liberal Democrat ministers appear unconcerned that government officials are stopping citizens in the street at random and demanding to see their papers.

Browne’s ineffectiveness on such crucial Liberal issues is basically why he was fired and why no one in the party has come to his defence.

The Times’s interview with Browne will win him no new friends within the Liberal Democrats but simply confirm the perception of his semi-detached status. Disparaging one’s party having just been fired also makes Browne look churlish. But it is the association with authoritarian policies that has, in the end, proved fatal. 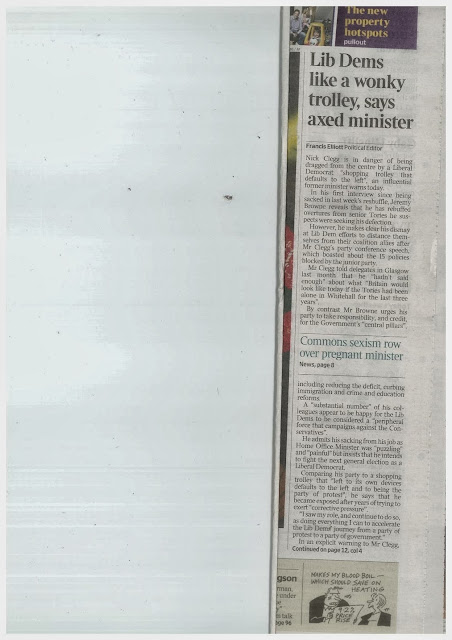 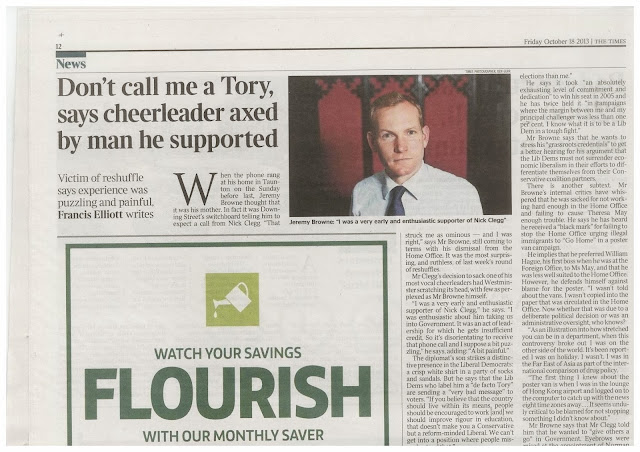 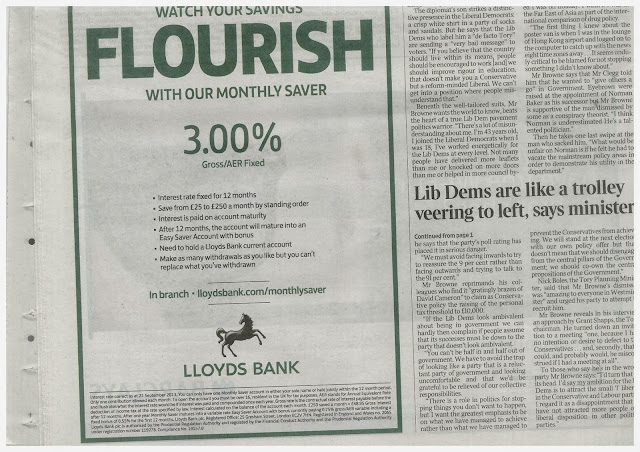